Following on from making an IoT air filter. I wanted to extend the same solution to my dust extractor which is setup far from the machinery where extraction is being done. By adding the controller we are able to switch the extractor on and off while working at the laser cutter or CNC machine.

The build of the unit at as based around the smallest enclosure that I was able to cram a cheap power supply and SSR relay. 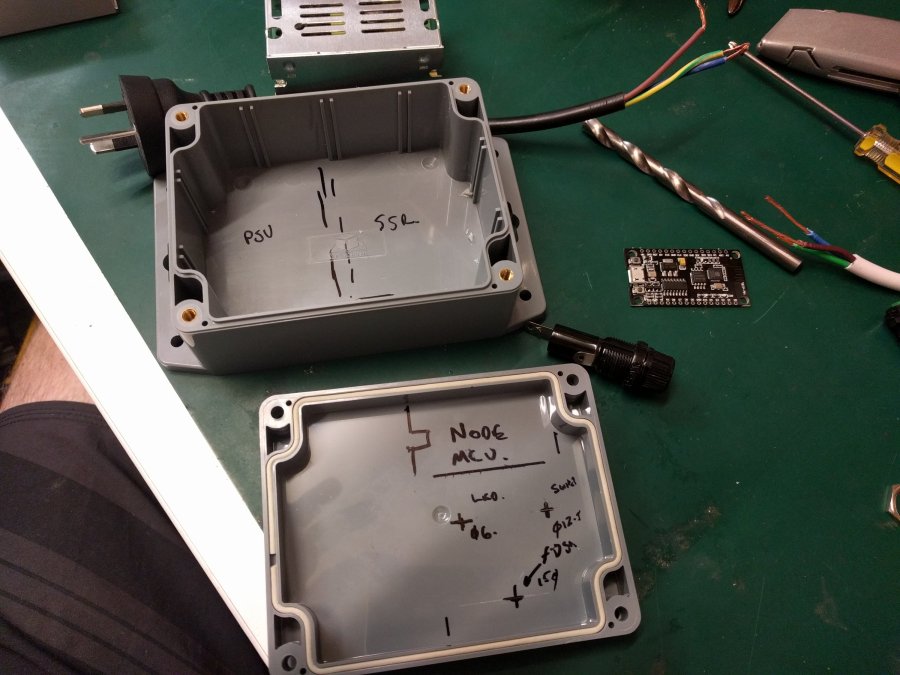 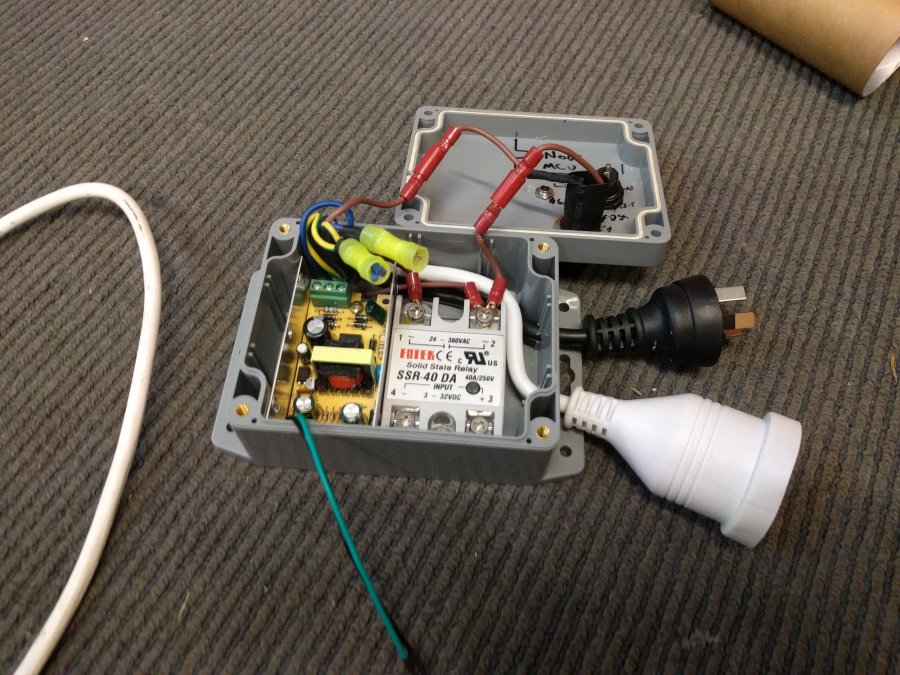 The parts were laid out where they were to be installed and marked out with felt pen. Holes for LEDs, buttons and the fuse holder were bored into the face plate. The SSR and power supply were glued into position with a liberal application of hot glue. Short male and female plugs were placed into the side of the case. 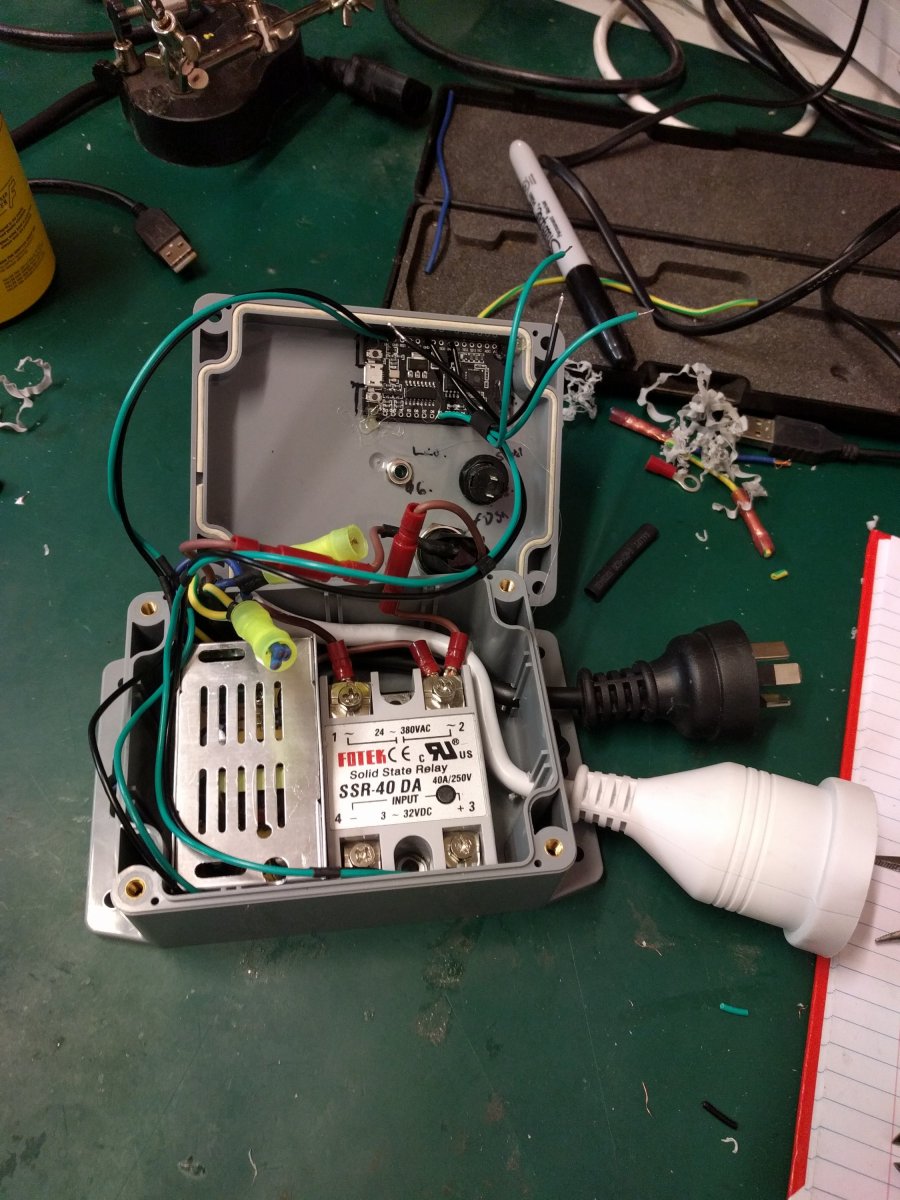 The code for the microcontroller was based on the code used for the air filter. Mostly, the code was refactored to make the variable definitions more generic. It is likely that I will build a few more devices like these and so working towards making everything more generalised.

Head over to the project github page for more detail. https://github.com/cstewart000/IoT-Dust-Sensor-and-Filterh

I wired in a 10 Amp fuse in the circuit (as I thought that was the sensible thing to do). The motor on blower is badged as drawing 7.7 Amp but when I run the motor the starting impulse is enough to blow the fuse immediately. When I ran the unit the first time this blew. Replacing the fuse led to another blow out immediately.

The circuit is currently wired with the fuse bypassed. This works fine for the moment. I would prefer to have a current limiting safety feature.